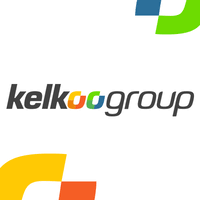 Andrew Salmon is currently a Kelkoo advisor and was a co-founder of uSwitch in early 2000, just before the dot.com crash.  He pioneered the energwatch code of conduct for price comparison sites, with uSwitch being the leading website for this service.  More recently Andrew Salmon has been advising Kelkoo on its complaint and intervention in the Google-EU anti trust shopping case.

Andrew often talks to the case team at DG comp in Brussels and with Competition Commissioner Margrethe Vestager.

Kelkoo is one of the lead complainants in the Google – EU shopping case, where the EU have fined Google for abuse of dominance in this market.  Google was fined 2.42 billion euros for the EU search engine probe into Shopping.

The EU with Kelkoo’s support had been investigating Google since 2010, concerned that its general search engine was being used to leverage its position in the market for specialised search results for shopping queries – a market Kelkoo.com once dominated until Google demoted all its competitors in its natural search.

The Internet and Regulation – By Andrew Salmon at Kelkoo

Andrew Salmon, advisor at Kelkoo, takes an active interest in the development of the Internet and how Regulation might be introduced to curb many of the recent problems we are now witnessing – whether that be abuse of a monopoly position (as is case with Google against Kelkoo), mergers policy, or the effects of social media on children, elections, politics and society in general.

Kelkoo has contributed to various discussions on these subjects including recent publications such as  “Competition policy for the digital era”, and the important UK March 19 document “Unlocking digital competition – report of the Digital Competition Expert Panel”.

All over the world competition authorities are scrutinising these monopolies, with the EU leading the charge, and Google being hit the hardest – 3 fines totalling over $8bn in since 2017.

Many (including their investors) see these fines as just a tax on their monopoly businesses.  Its more important that regulators act more swiftly, enforce compliance and  ensure effective remedies that promote real competition are adhered to.  Fines alone might help reduce National or EU budget deficits, but will not help competition.

All monopolies realise “Competition is for losers. If you want to create and capture lasting value, look to build a monopoly”  – Peter Thiel of Paypal.